Drive to Bujagali Dam at Jinja

Home/Posts/Economy, General, Jinja/Drive to Bujagali Dam at Jinja
Previous Next

Drive to Bujagali Dam at Jinja

Drive to the Bujagali Dam near Jinja in Uganda: power plant and reservoir on the Nile a few kilometers downstream from Jinja on the White Nile. Photography and filming is not permitted here.

Also quite nice here at the Bujagali dam, which unfortunately I could only film and photograph from a little distance. Here on the Nile there has been this dam with a 250-megawatt power plant for several years. This power plant is an extremely important part of generating electricity and supplying electricity to Uganda. The area around the dam and the power plant is cordoned off and guarded by the military. And as is so often the case in African countries, it is not permitted to photograph or film this infrastructure object up close at the Bujagali power plant. Accordingly, no guided tours or visits are offered.

The power plant at Bujagali Dam has been in operation since 2012. Incidentally, the construction of the Bujagali Dam and the associated 250-megawatt power plant has been one of the most controversial development projects in the world for years. 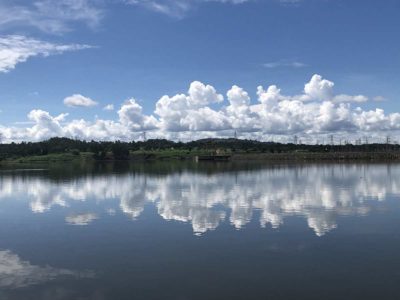 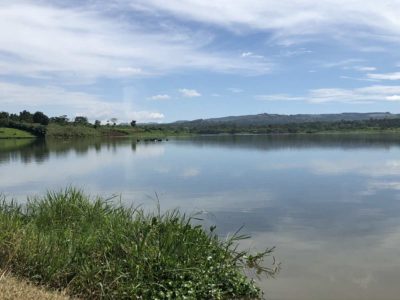 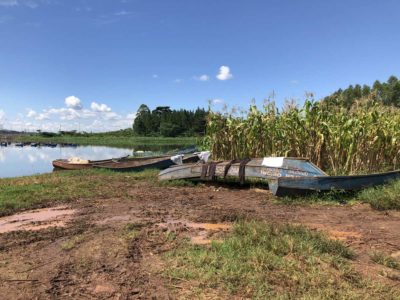 How to get to Bujagali Dam

The easiest and at the same time cheapest way is to drive from Jinja to the Bujagali reservoir via Boda Boda. Before you start your journey, you should definitely talk to the Boda driver about the price and you will agree on a price. Incidentally, such a trip can also be combined very well with a visit to the Itanda Falls. Itanda Falls (sometimes called Bujagali Falls) are rapids a little further downstream from Jinja and a little more interesting than the reservoir at Bujagali Dam.

Are you still in Kampala at the moment? Then this way to my article about traveling from Kampala to Jinja by bus.

This is where the Bujagali Dam is located